CASEBOOKS UPDATED: FIBA has released the new Official Basketball Rules which come into effect on October 1, 2014.  There are some significant changes as part of the changes which include...

NEW FIBA RULES NOT ADOPTED FOR PLAY IN MANITOBA
Basketball Manitoba and its Technical Committee and with discussion at its AGM in June, along with consultation with the Manitoba Association of Basketball Officials (MABO) and the Manitoba High Schools Athletic Association (MHSAA) will be adopting the first 4 noted changes only.   Rule changes 5 & 6 will involve changes to the scoring equipment and floor markings and will NOT be adopted for the coming year.

The FIBA floor markings from 2010 which include the wide NBA style key, 6.75m 3-point line and no-charge circle will still NOT be used in Manitoba.  More information on the floor markings...

Since 2007, all levels of basketball in Manitoba play under the 'FIBA' or international rule system.

Copies of the full rule book plus additional FIBA rules resources can be found below or at...


View all these videos on your mobile device on the free Basketball Manitoba Scoreboard App! 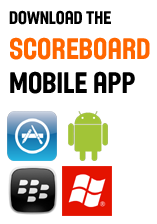