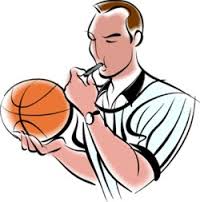 The 2014 Rocky Mountain Officials Camp will take place May 16-18, 2014 at SAIT in Calgary.  This is a FREE camp open to all officials of all abilities.  Whether you are interested in improving on your 3 person or want to fine tune your abilities in order to move up to that next level, then the RMOC is just for you.  Provincial and National Evaluators will be on hand to help you reach your potential.  All you have to do is commit and get here!

The Tournament
This camp will be held in conjunction with the Genesis Classic Basketball Tournament.  Genesis is one of the best club programs in Alberta, and is bringing in boys teams from all over Western Canada and from as far away as Arizona and California.  The level of basketball promises to challenge all officials with numerous college level players expected to attend.

Campers can expect to be challenged by the level of play allowing each referee to improve their 3-person mechanics, call quality & judgment, on court presence, game awareness and game management. There will be no classroom sessions, just on court critique & evaluation plus some social time in the evenings.

The Evaluators know the landscape when it comes to refereeing in Canada, they have all been where you presently are in terms of your ability, potential, challenges & frustrations. The staff includes John Weiland, one of Canada's most respected FIBA officials, who refereed the 1988 Olympics and is a long-serving National Evaluator who has been the A/E at numerous CIS Mens Championships and has been selected for the U17 Mens Nationals this summer in Edmonton. Recently added are CIS officials Doug Carter, Carl Artis, Troy Eagar, Provincial A/E Chairman & National Evaluator Jake Steinbrenner, ACAC official & Provincial Evaluator Grant Hoe and Michael Weiland, a current FIBA Cardholder who has been traveling to several FIBA Americas tournaments this winter and has been selected to the 2014 FIBA World Cup in Spain (formerly Mens World Championships) http://fiba.com/spain2014

There will also be video review available for the campers if requested.

To register and stay posted visit the camp website: