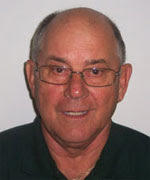 At the recent MABO Annual General Meeting on May 31, 2014, the Manitoba Association of Basketball Officials voted in its first ever ‘Honorary Life Member’, Mr. Rod Peppler.  Rod has served the provincial association for over 35 years in a number of administrative roles, as well as being an active and successful on-court official both provincially and nationally throughout his career.

Rod was a founding member of the Canadian Association of Basketball Officials (CABO) in the mid-1970’s and became the first Assigner of the MBOA and an initial Executive member of MABO, as Assigner.  He has contributed countless hours to the development and education of basketball officials in Manitoba and has shown dedication and outstanding contribution to the Association and towards basketball officiating in general.

The Manitoba Association of Basketball Officials is extremely proud and delighted to name Rod Peppler as the Association’s first ‘Honorary Life Member’, bringing with it all the rights and privileges of an Active Member.  The honor is extremely well deserved.  Congratulations Rod!